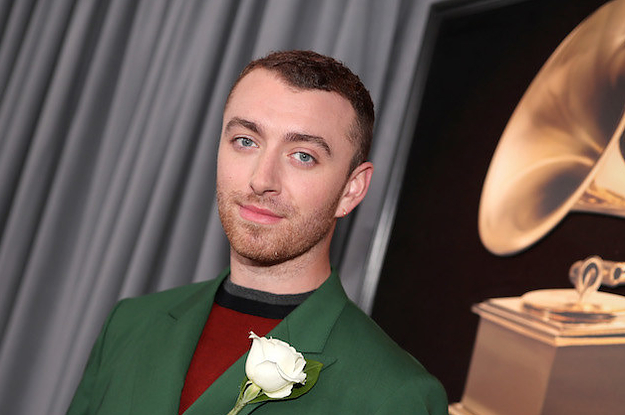 Sam Smith revealed for the first time in an interview released Friday that he is gender nonbinary.

“I’ve sometimes sat and questioned, do I want a sex change? It’s something I still think about: ‘Do I want to?’ I don’t think it is,” the singer said on actor Jameela Jamil’s new Instagram talk show, I Weigh Interviews.

“When I saw the nonbinary, genderqueer, and I read into it, and I heard these people speaking, I was like, ‘Fuck, that is me.’”

Smith told Jamil, “I’ve always had a war between my body and my mind.” He said he had liposuction when he was 12 years old after his mom took him to the doctor and discovered his body was storing excessive amounts of estrogen in his chest, giving him breasts.

In the past, Smith has been open about his sexuality, saying, “I’ve always been very free in terms of thinking about sexuality, so I’ve just tried to change that into my thoughts on gender as well.”

He’s now opening up for the first time about his gender identity, saying he still prefers male pronouns but considers himself to be genderqueer. Smith said he was inspired to speak out after recently “reading stories about people who have come out as genderqueer and nonbinary.”

“Nonbinary/genderqueer is that you do not identify in a gender. You are a mixture of all different things. You are your own special creation,” he said.

“That’s how I take it: I am not male or female. I think I float somewhere in between. It’s all on the spectrum.”